For those of you who love fast aircraft, or for those that dream to achieve the ultimate in thrill seeking aviation exploits, maybe this sport is for you!

Known as the fastest motor sport in the world, the prestigious Reno Air Race in Nevada USA is held annually each September.

The ultimate test of a pilot’s skill, this race is one of the most the most exhilarating, dangerous race tracks in the world!

In the Jet class, Pilots will fly their aircraft at 50ft above the ground, up to 515mph, competing against the best pilots in the world to win the coveted GOLD class Reno Air Race.

There is nowhere else on earth that you can fly this type of race, Reno, Nevada is the perfect environment, with an elevation of over 5000ft, if the density altitude doesn’t get you, the extreme heat and unpredictable weather just might!

This is not a race for the light hearted, only the most skilled pilots will get through the intensive training required to earn the highly respected Reno Air Racer license.

Currently a handful of pilots in the world hold a license to fly a high performance jet in the Reno Air race as of June 2017, and the preparation and training is rigorous.

All ‘Rookie’ pilots wanting to race the September event must first attend PRS – Pylon Racing Seminar where they are trained to complete the challenging course. Veteran racers can also attend PRS as it’s a way to get more time on the course before September. But for the ‘Rookies’ it’s a time to demonstrate they have the necessary flying skills to compete in this unique event.

For the newcomers being on the course at speed can be an eye opening and intimidating experience. Not only are they flying in very close proximity of up to 7 other aircraft but they also need to fly the course and be sure not to cut inside a pylon that marks a turn. If they cut a pylon there is a time penalty for every cut. The pylons are actually telephone poles about 50 feet tall with specially made, marked drums mounted at their tops. Many of the pylons have bright orange-red panels to increase their visibility to pilots, who may be traveling up to 515 mph as they circle the race course.

The Home Pylon, clad in blue-and-white checkered panels, marks the finish line for every lap and race.

Australian Fastjet pilot Charlie Camilleri has been attending the Reno Air Race for a number of years. Traveling to the US to prepare his L29 Delfin jet aircraft, attend the Fast Formation Clinic and PRS in June is the start of preparations for racing in September for him and the team.

Many months of preparation go into attending the races, from the servicing of the aircraft, to organising the vital crew members to assist during race week.

Pilot preparation is as much a mental exercise along with the obvious physical requirements. The knowledge that each time you get into the aircraft to race, could be your last is a very daunting thought for most pilots and their crews.

The mental preparation is intense and every pilot prepares in their own way. Pilots need to be able to control their thoughts and emotions while flying the course, maintaining their

aircraft within operating limitations and all the time watching for other aircraft attempting to overtake them or trying to force them to cut a pylon.

All of this is happening while flying at high speed, very low to the ground and in close proximity to other aircraft.

Physically your body will go through a lot during the race. You will sweat intensely, the G Forces you will experience will be anywhere between negative 3 to positive 7 depending on the turbulence and your body will be pumping from the natural high of the adrenaline rush that comes with pushing yourself to the limit.

“This is an extremely dangerous sport, you need to know exactly what you are doing and

how to handle unpredictable situations, the FAST clinic and the Pylon Racing Seminar (PRS) are designed to help you understand exactly what is expected and what may happen in the real race, the knowledge and skills you learn are invaluable and will hopefully keep you safe. This type of flying is highly stressful, dangerous yet exhilarating all in one!” says race pilot Charlie Camilleri.

The PRS training is conducted by racers who have qualified as instructors. They will train the ‘Rookies’ on the do’s and don’ts of air racing. It is vital to remember is that if you make a silly mistake; it could very easily kill you or someone else on the track. Rookies must qualify during PRS in order to race the September event. If they don’t get through, and quiet often a percentage of them fail; they cannot race and must attend PRS again the next year.

Although these pilots are tagged as ‘Rookies’ many of them are highly experienced pilots who have many hours on aircraft type. The week long PRS training is intensive, physically and emotionally exhausting for most new pilots, many who are military or commercially trained.

The sobering reality of air racing is that not all race pilots will live to tell the tale and no one is immune, no matter how much experience they have. The racers don’t talk about the losses very much, but the world of air racing is a small one and every single Mayday, accident or loss hits too close to home.

Pilots will try to convince themselves that they are invincible, but somewhere deep inside they know the risk that they run every single time they enter the course. Anyone that doesn’t think that they can get killed while flying the course is living in a bubble that will eventually burst.

Air racing is a community that is very unique in itself. The bonds and friendships forged are life-long. You are racing against each other to win, but at the end of the race when it is all over, you have friendships that will remain forever. Every team will help the other out, in times where there have been issues with aircraft, other teams will always band together, after all, we all want to race and we all want our pilots to come home to their families. It is devastating when we lose a race pilot, but we all know the risks.

This year the Reno National Championship Air Races will be held on September 13-17 with qualifying will begin Monday 12th September.

Remember – “Nothing ever becomes real until it is experienced”

Now You Can Blog from Everywhere! 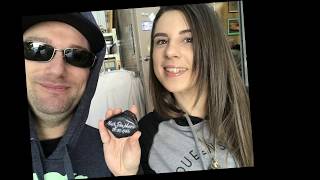 Start the New Year with a Fastjet Adventure Flight Experience!